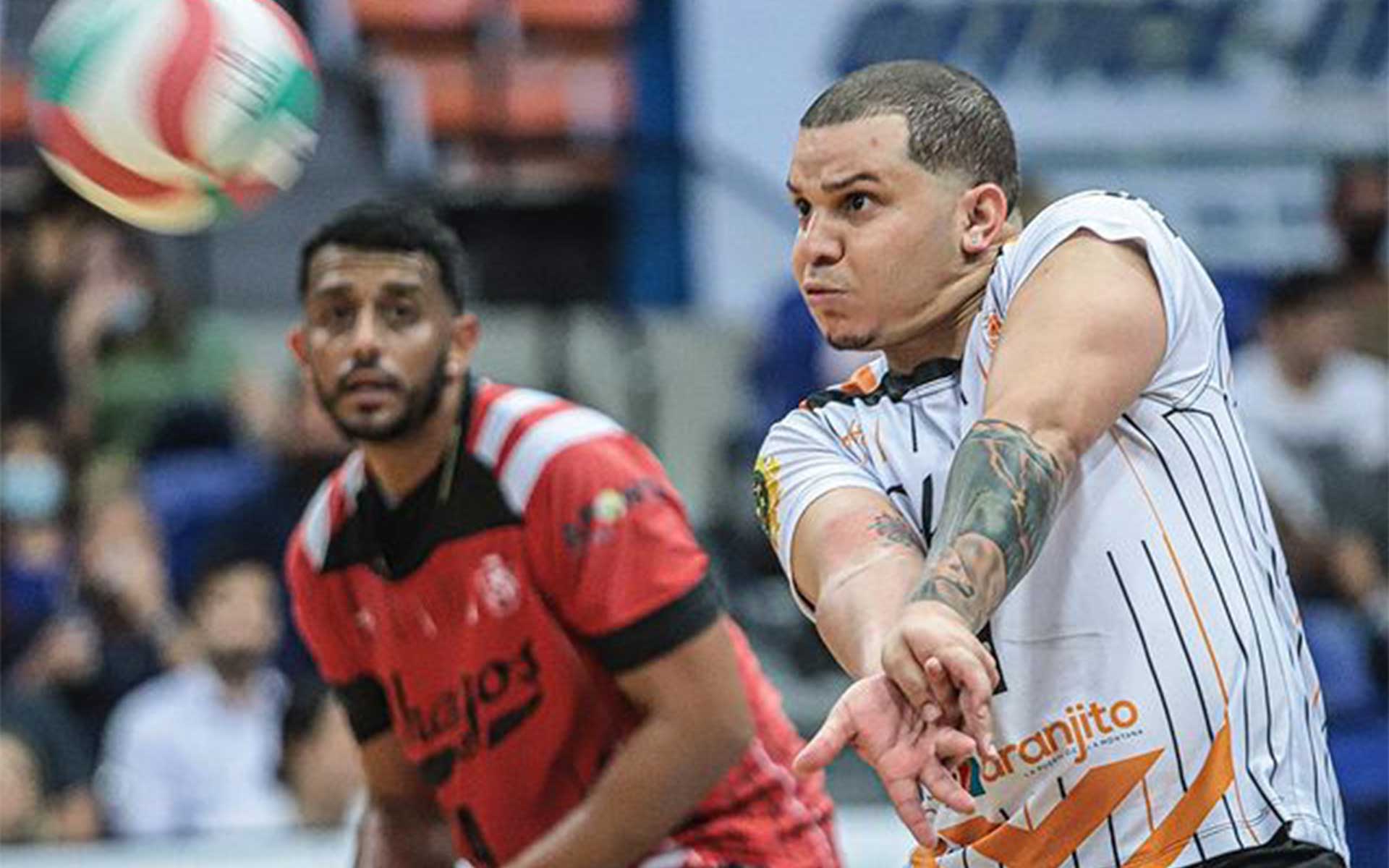 Last season’s Libero, and primary starter from the Inland Empire Matadors, Jose Mulero, has begun his next professional contract in the Puerto Rican League de Voleibol Superior Masculino with the Changos de Naranjito. Now, in his 13th season in the league, the veteran is still as effective as ever. He has continued to produce the same numbers as he did in the NVA last season, where he finished 10th overall in the league for total digs.

The Changos de Naranjitos are the 6th team in the LVSM that Mulero has played for in his career, and they are by far the most decorated team! Since their conception in 1940, they’ve taken home a total of 36 medals, including; two bronze, 11 silver, and 26 gold, leading other LVSM teams with championship titles by 14. On top of the Changos being a powerhouse program, the move to Naranjito has also brought Mulero closer to his hometown of San Juan, Puerto Rico.

“Being with the Naranjito Changos is an incredible experience! This club has an unbeatable trajectory and is even mentioned in the Guinness Book of World Records for most volleyball championships. So from the start, the shirt has a lot of weight. It is an enriching experience.” – Jose Mulero.

Mulero is joined by Tornadoes middle blocker Angel “Chomo” Rivera (@angelrivber), who has been having a notable season of his own! The team has already maintained 2nd place in the league standings and now has the best chance of disrupting the Guaynabo Mets’ four-year reign as league champions. The Mets have familiar faces from the NVA as well. They have the OC Stunners’ setter Randy Ramirez and Utah Stingers’ pin hitters Inovel Romero and Jorge Mencia leading the team.

There is still plenty of time left in the season to catch Mulero in action as he holds his team’s positioning for playoffs. Fans can follow the LVSM (@lvsm.pr) and the Changos de Naranjitos (@changosvoleibol) to get weekly updates on their upcoming games and match scores. Live stream coverage of all their matches can be found at https://regieventos.com/.

Make sure to follow Jose Mulero (@josemulero11) on Instagram to get an inside look at his time with the Changos and the Matadors! There you can find more information about his coaching program, JB11VBCLINICS, which operates locally with the San Juan Volleyball Club. Starting during the pandemic, they’ve run different forms of training, including face-to-face, individual, virtual, or group sessions. “We also provide photo and video services so that athletes can get exposed to universities and get scholarships so that they can fulfill their dreams,” shared Mulero. https://www.josemulero11.com/

You can even request a personalized video message for friends and family or your business on Mulero’s Cameo and Celevideos profiles! https://heylink.me/josemulero11/

The Matadors and the NVA wish the best of luck to Mulero and the Changos de Naranjito!