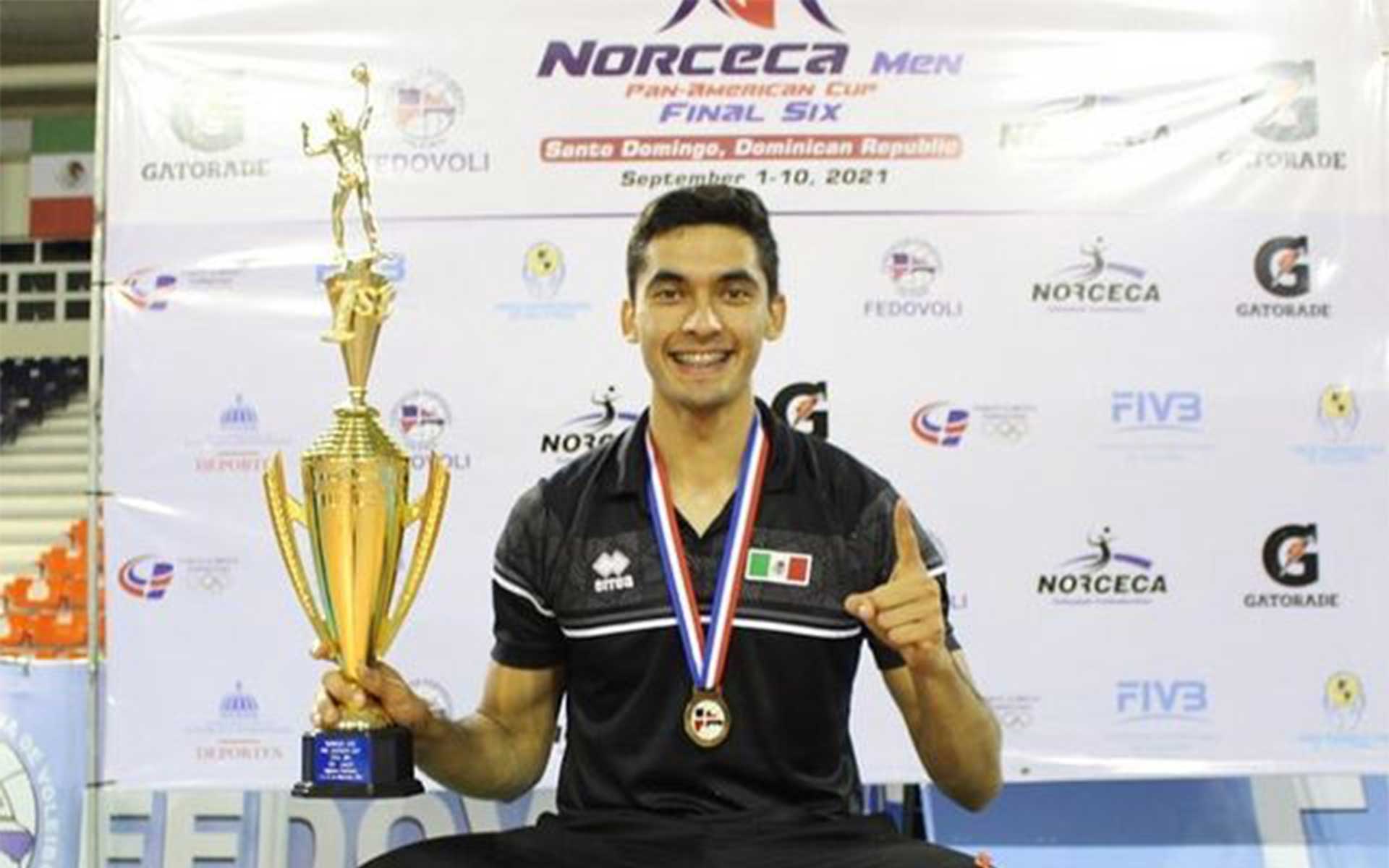 Last month, following their 3rd place finish at the NORCECA Championships, Mauro Isaac and team Mexico took 1st place at the Pan American Cup! Mexico was able to pull off a clean sweep over Canada for the final, saving their best for last after two earlier losses in the preliminary rounds against Canada and the United States.

This is the first time that the Mexican Men’s National Team has won gold in the Pan-Am Cup since their victory over Puerto Rico in four sets in 2007. The two medals have helped push his volleyball career onto the international stage and break new records for his following as an internet volleyball personality.

Last week, Mauro reached over 100,000 followers on his YouTube page, outdoing even the NVA’s and Out of System’s page by 90,000 followers. His continued growth on his media sites is another sign of his growing impact on the next generation of players.

With these two championship experiences under his belt, the door is wide open for new contract opportunities abroad as the new hot talent. With already so much great content from his first seasons in Mexico, Brazil, and the United States, Mauro will indeed have more exciting and in-depth videos of his career for years to come!

The IE Matadors and the NVA are both eager to see what Mauro’s future holds as he has become one of the most notable players to compete in the league. Give him a follow-on Instagram (@mauroisaac22) to be the first to hear about Mauro’s next moves. Then make sure to check out his latest video thanking all his fans for their support! https://www.youtube.com/watch?v=OAuXPnzz_uY