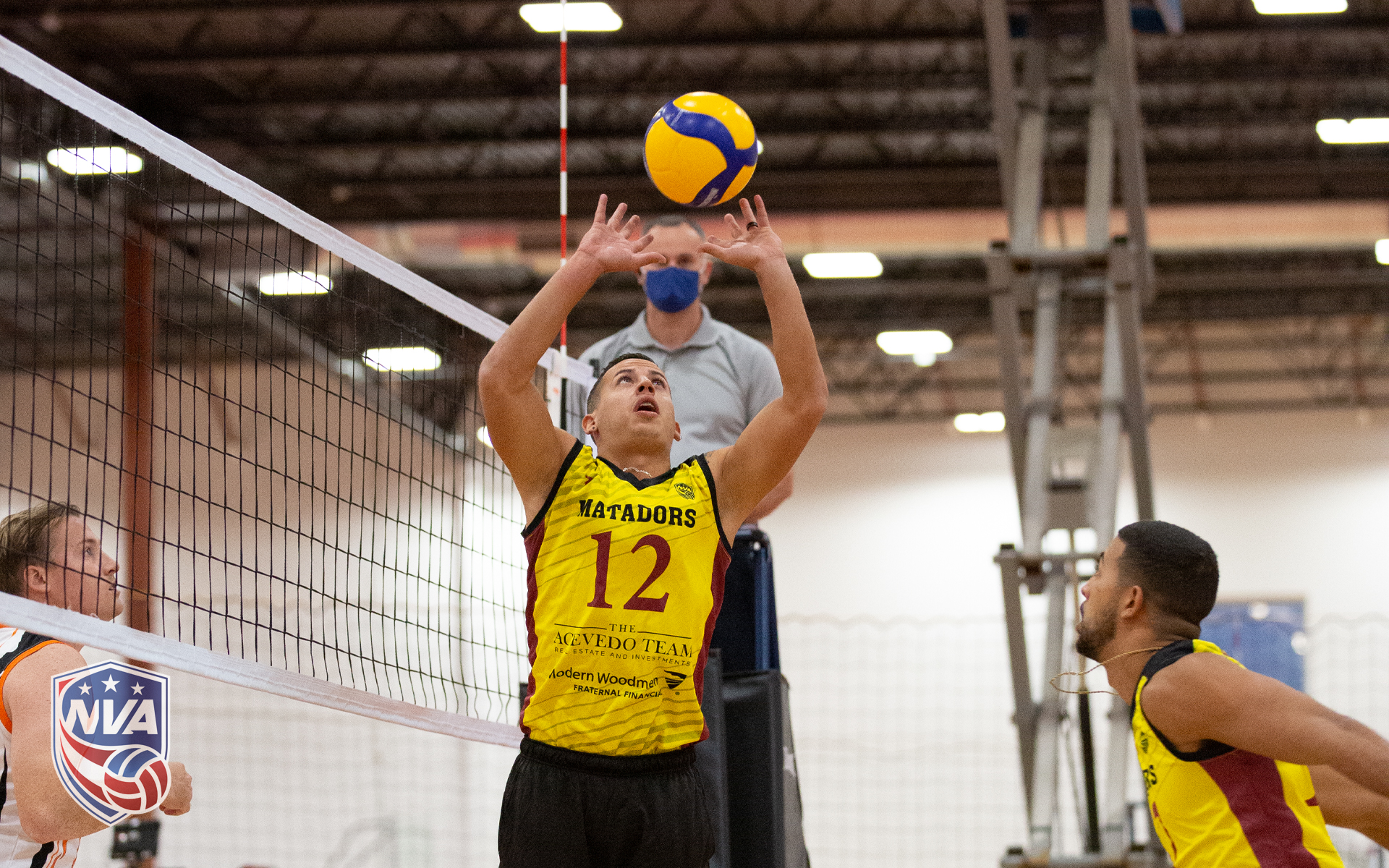 After an impressive showing of team size and diversity in player ability, the Ontario Matadors put themselves front and center of the spotlight at the 2020 NVA Championships in Utah. As one of the three Southern California teams competing within the NVA, the Matadors managed to solidify their spot in the league giving every other team a run for their money in the club’s first appearance in the league. With the club based in San Bernardino County, their success stands as evidence to the massive growth of volleyball in California, with the popularity of the sport expanding further east from schools and cities near the beach all the way to Riverside and the Inland Empire. The team’s strong connection to Latin America, the Caribbean and South America has brought an outpouring of both fans and players, hailing from notable countries such as Mexico, Puerto Rico, Argentina and Brazil.

For this season, the NVA is ecstatic to have the Ontario Matadors returning to compete for the NVA Cup. Not only have they grown the reach of American professional volleyball, but they also carry with them organizational leadership with long histories of greatness and community involvement. The team is coached by Maikel Bastida, who played for the Cuban national team, wherein 2006 they finished 7th in the FIVB World League Championships. Team Owner Cesar Estrada first came into the volleyball scene in ‘88-‘89 when he joined the AVP and played in the beach league through the ’90s. From there, he played in indoor tournaments in Ontario as a setter. Cesar is also actively involved in nonprofit work and Christian charities. He currently helps to run a sports ministry at his church in Rancho Cucamonga, teaching local children how to play soccer and volleyball. Cesar also runs his own nonprofit, the Train of Love, providing free athletic tournaments and food resources to families.

“It is my hope that with the help of the NVA’s platform that we will be able to give back to the communities who have been such big fans. The children must be able to see our players as role models and heroes, giving them something to strive for.” – Cesar Estrada

The Matadors have already held charity events this last year, running an outdoor grass volleyball and canned food drive. Moving forward, Cesar and the Matadors will be instrumental in helping their community and inspiring other teams in the NVA to do the same.

For this season, fans should expect to see all the same familiar faces from last year! The Matadors held open tryouts to see if they could find any new additions to their roster but found they had all the pieces needed to compete. Looking back at their finish at the 2020 NVA Championships in Utah, Cesar shared his optimism that new league rules would actually play out well in their favor. “Last season, we came to Utah with 20 players wanting to have all our players available and have the chance to compete. Now with the league restricting teams to only 13 players at events, we’ll have more emphasis on having our set starters” – Cesar Estrada

Make sure to follow the Ontario Matadors (@matadorsnvausa) and the NVA (@nvausa) on Instagram to get weekly media updates. You can also catch the team in action this season with live streams and even replays from the NVA 2020 Championship on our Youtube channel. Don’t miss out on all the exciting news and coverage to come from this new season!